The first bit of test equipment arrived for the lab. 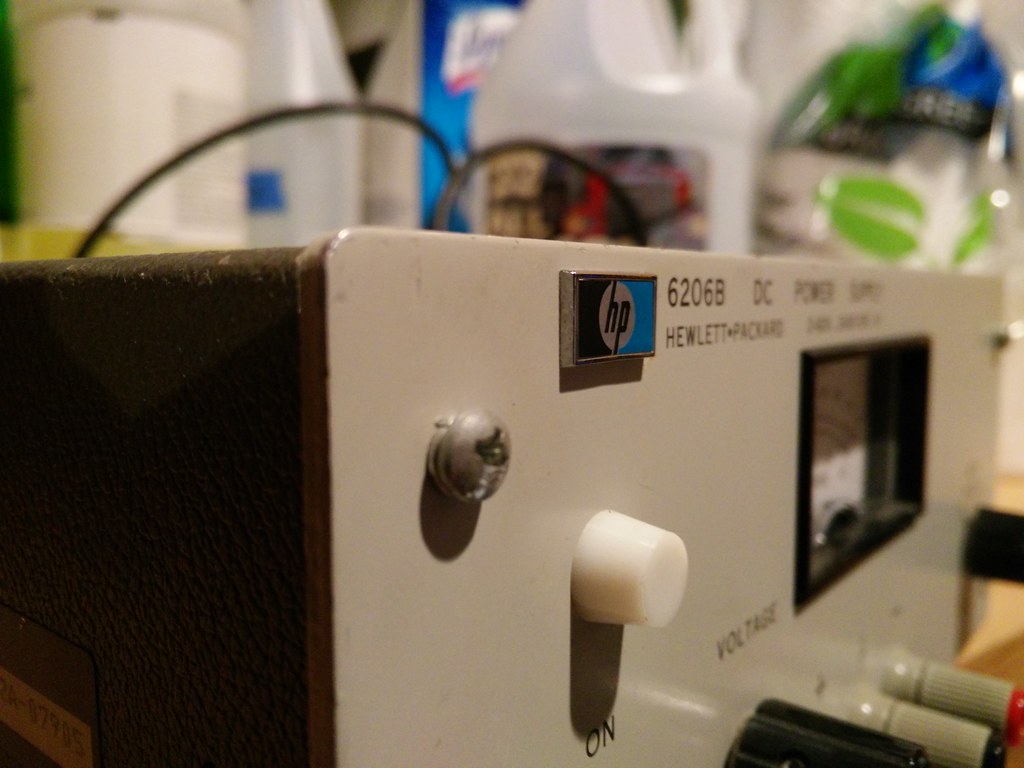 I checked it over, and having seen nothing alarming at all (even the capacitors look in good health at the moment), I’ve tried it out. It’s within about 0.4v of what it says on the scale, which is good enough for me at the moment – on the 70V scale – but a bit far out on the 7v scale (assuming my cheap digital multimeter’s giving a fairly accurate reading, which it probably is). I’m having a quick nose at the manual to see how to calibrate it, though, because it’d be nice if on the 7v scale it read a touch more accurately. So that’s all good. Sadly the little orange neon glow I’d expect when I switch it on is lacking, which I’ll have to check out. All in all, it does seem to be working okay. But there’s a bit of a problem.

I can smell it.

Despite the fact it looks clean, remarkably so, and indeed the interior boards are amazingly dust free, it absolutely, positively reaks. It honks. It smells damn funky. Dear god, it smells like someone used it as their smoking room.

I’ve stripped off and scrubbed the case, then put it in the sun to dry, which made it smell marginally better. I’ve cleaned the interior boards with electronics cleaner. But it still smells. Apparently, there’s naught for it but to sit them out in the fresh air when it’s sunny. And wait. It has, actually, been sunny today. So it spent some time getting a tan on the deck, but until it smells at least a bit better, it has gone back into the garage…

Still, I should now be able to at least set up my car’s tracker / alarm so I can install it :)