Well, it’s been a bit hasn’t it oh internet peeps. Not that I’ve been not on the internet, I’ve just been tired. So very fucking tired. I am heartily sick of being demonized for existing. I’m tired of not talking about it at work, at least most of the time.

But then I’m out-but-not and that’s tiring and tedious in and of itself. But feh.

I’m increasingly despairing of any hope of the US avoiding becoming a fascist dictatorship. I will be frankly stunned if the Democrats don’t lose their tiny majority in the midterms, then spend the next two years whining about how they can’t do anything because they don’t have a majority. While it’s true that they can’t, and that the republicans are deeply obstructionist, their complete failure to deal with the folks allegedly in their own camp has put paid to any hope of them not being routed this election time.

At least, that’s my non-pol-sci opinion. From what I’m seeing people are uninspired to vote – hell, I’m uninspired to vote for them and I’m super into elections and democracy – and trying to inspire people to vote for them, despite the rapid pyre of womens, people of colour and queer folks rights in republican states, and championed by republicans – it’s trying to persuade them to vote against something, rather than to vote for something. And that’s way harder.

I guess the tiny positive is sometimes I can drag that dismal mood into working on the house.

I spent yesterday and today cleaning the tile adhesive off the tiles in the bathroom, which we finished putting up a couple of weeks back. Then this afternoon I started work on the grouting…

I’m really pleased with how it’s coming together. It’s been a complete pain in the arse, and a seemingly endless fight, but we’re finally approaching the home stretch, I think. I’m particularly pleased with how fancy the alcove is looking:

Those basalt mosaic tiles were a complete f’kin nightmare to put up, but maybe they’re worth it. It does look pretty nifty.

Other house related news, we put up a greenhouse. It’s tiny and crappy, but it’s up. Hopefully we can get our plants in it. This spring has been astonishingly wet, even by Washington standards. It’s rained and rained and rained. As a result everything, plant wise, is definitely very behind. We’ve got seedlings in the house that need to be hardened out somewhat and then put in the greenhouse… but finding the right weather for that is proving difficult.

In other, other news, I have started running. I actually started back on March 16th, and then on Day 51 I moved the thread onto Mastodon, but also became way more erratic about posting things. It’s Day 65 today. And that means every single day for the past 65 days I’ve done core muscles exercises and run. Currently I’m running 1km, I keep thinking about increasing it to maybe 1.5km, but I can *just* fit a 1km run in before going to hospital-work.

I’d really like it if I lost some of my…unsatisfactory waistline… I’d like to have core muscles that were more than ornamental, but of course, building muscle without T is kinda hard. Not that I want any T. Christ no. But still, it’s frustrating that I can do this – like when I was cycling – and still not seem to build any muscle, or particularly lose fat. I’m eating way less, and eating less fatty stuff, and I have seen some of the extra weight I put on through the pandemic – and in all honesty – through too many bakery visits while building the house. But… it’s frustrating.

I’ve also been fucking around with… 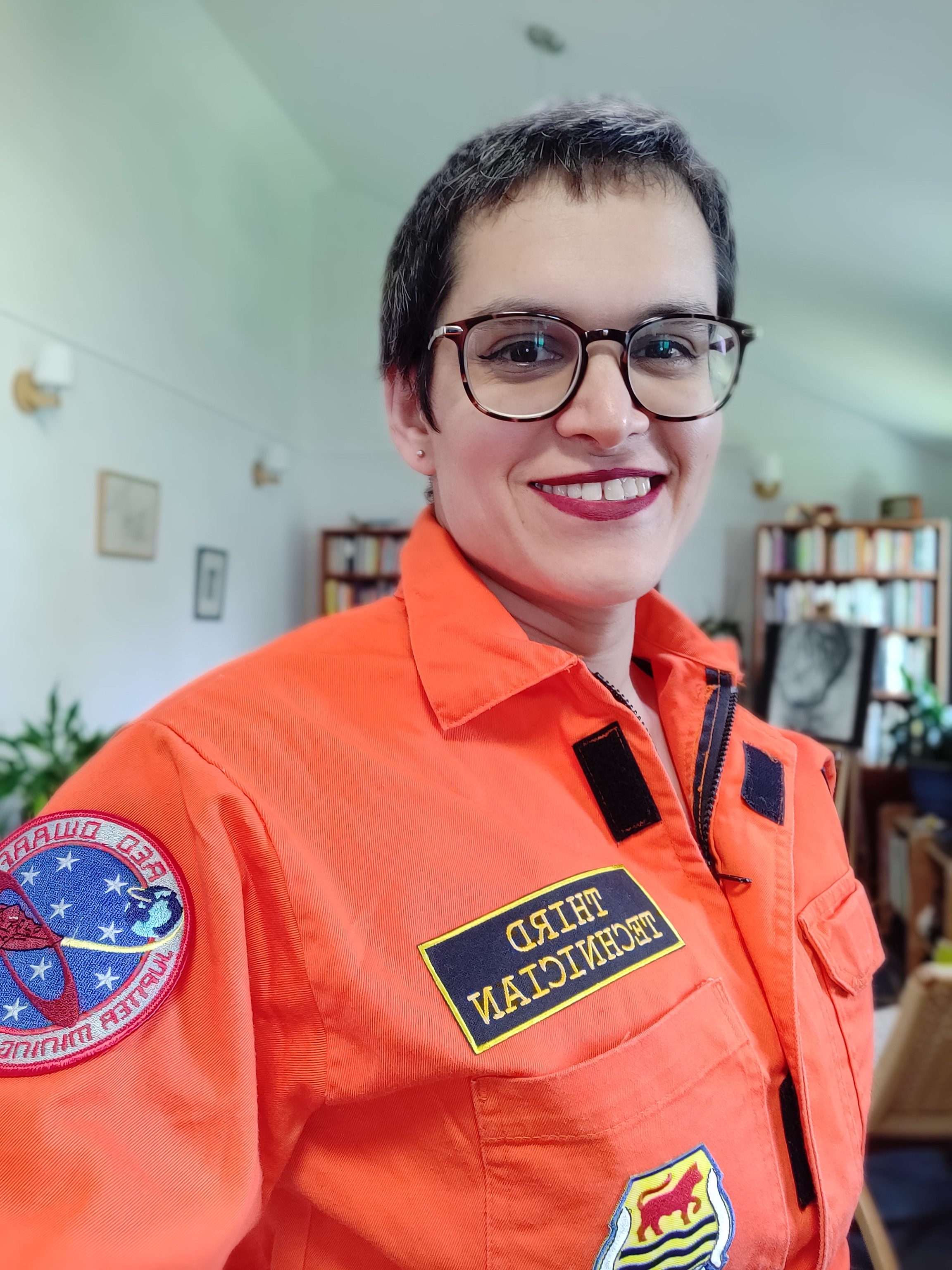 It’s been a long time since I did anything with makeup, and it’s kinda fun to futz around with it. I’ve been using it in my videos for Transport Evolved, and I… I’m enjoying it. I think that when I was with my abusive ex, she really was very negative about makeup, which is interesting because she did wear it sometimes. But then, hey, she was never terribly good at not being wildly hypocritical. Anyway, that combined with nervousness and ineptitude put me off. And the fact that I don’t think anyone should *have* to wear it.

But, at the moment I’m enjoying fucking around with it, so I am.

I’ve also continued to play around with making jewelry. I mean, it’s me, so these fascinations wax and wane, but I’m really enjoying it at the moment. I want to get good enough that I can maybe sell them as a hobby… because people keep asking where they can buy my earings from.

So, in general, life continues, but I’ve no idea where we’ll be in a few years time because staying here feels increasingly unsafe. Like, WA, to some extent might be protected, although people are pissed off with inflation and taxation, and I can see them getting irritated enough, and people being ambivalent enough, that it’s not as safe as it feels sometimes. And it only feels safe in Oly. I sure as shit don’t feel wonderfully safe in between Oly and Portland. Out in the boonies where the Trump signs still fly.

I hate all Nazis, frankly. Fuck ’em. Well, punch ’em. That’s what you do with Nazis. Don’t debate them, they lie.