There have been a few learning experiences of late. We won’t say failures because most of them are still in progress… things.

So, what have I been up to? Well, let’s start with the house because I’ve singularly failed to finish doing the trim. I’ve kind of…taken a break from it. It’s not my most fun making job, and that combined with being tricky and the fact I… well, I haven’t got back to it after the jumble sale.

But today I did start tiling the bathroom. Because if we get the bathroom installed and the two doors on the attic we can be signed off, and done, and finished. Well, with the permit part of this experience, which hasn’t been onerous exactly, but it’s a thing to keep track of when I don’t really… need more things to keep track of? Anyhow, I got it about half done today, which isn’t bad since I didn’t actually get started until after lunch.

It’s quite pleasing to finally see the tiles up – and it looks like we should have enough to do the job and have some above the sink, which’ll be nice.

So that’s not really been a learning experience. Just more of the same.

No, the learning experiences have been a mixture of self-inflicted (the Mycroft AI build, and the record deck I bought); and not so self-inflected (the chickens).

Shall we start with the chickens? First up Pippi decided to get something stuck in her throat / en-route to her crop. She made a very unhappy sound – which we came back to after leaving the house for an hour. Now, literally none of the discussions I’ve seen about chickens having ‘crop’ issues mentioned this noise. 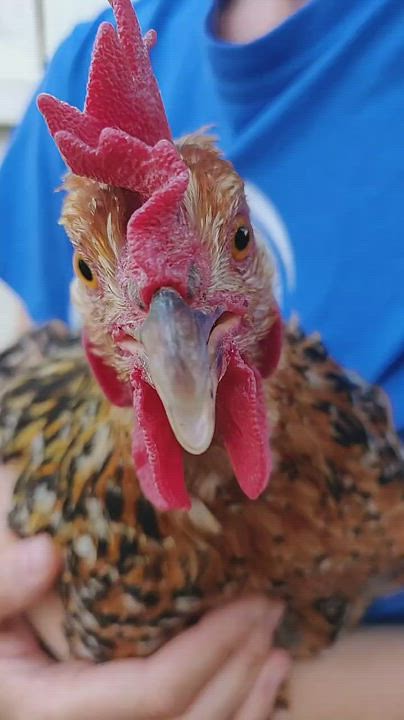 We recorded her so that we could ask people. She was clearly distressed, wasn’t eating or foraging, was just standing unless we went near here when she’d run off (she always runs off). We caught her and after some helpful advice fed her some wet bread (initially with water, then with some olive oil on it). Which more-or-less sorted her. Then she went to bed and the next day was fine.

Then the next day? Either then or a couple of days later Mymble… well, she got bumblefoot. We suspect this is related to us cutting back the brambles and her frantic hunt through the cut-back-brambles for anything edible. We noticed her limping on Sunday evening – obviously – at which point we discovered there’s no emergency vet in Oly for birbs.

So… we broke out google, and Monday morning I raced around to Target and Tractor Supply (I’d’ve preferred to use our local urban farm store, but they don’t open that early); got the run set up to separate Mymble during the day; and then with Kathryn we set about the soak-to-remove-the-lump-of-eschar/clean/dress.

During which process she poo’d on me several times, and in the water we were attempting to use to clean her, and I got thoroughly soaked. We didn’t get as much of the eschar out as we’d like – but hopefully got enough out – slathered it in antibiotic ointment and a dressing and then vet-wrapped her foot.

Plan is to check her tomorrow (which I’m sure will delight her even more) and assuming it’s improving we’ll leave her be ’til after the weekend.

So then there’s the technical learning experiences – first up is Mycroft AI which… is being somewhat recalcitrant. While I’ve kind-of-got it working it’s… well, watch: 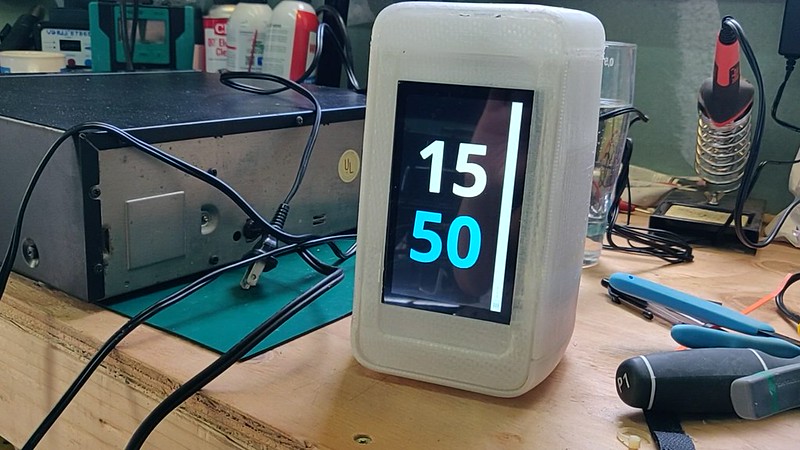 He’s… I mean. Some things are cool. It has Emby – which I’m trialing as a replacement for our previous media server. Buuuut – he did play an entirely random song when I asked for another song.

Then there’s the record ‘deck’ (it’s a tray-loading auto-reverse double-sided record deck, because I love ridiculous things). This is a Sharp RP-119. Now, for no reason that I could imagine I assumed that the RP-119 would be fairly similar to the RP-117. But it isn’t.

I’ve now found dismantling instructions (having had to guess at it using the RP-117 instructions and copious amounts of swearing). But the accursed object is still misbehaving. I’m pretty sure the disk speed is, well, somewhat variable. And I’ve not managed to work out how you get to the spindle to lubricate it (although I may have to revisit disassembly now I’ve found this). I tried the optimistic ‘poke-and-spray’ with some penetrating lubricant, but that didn’t improve things. Or at least, to get it to approximate the right speed I had to adjust the variable speed adjusters… quite a long way. 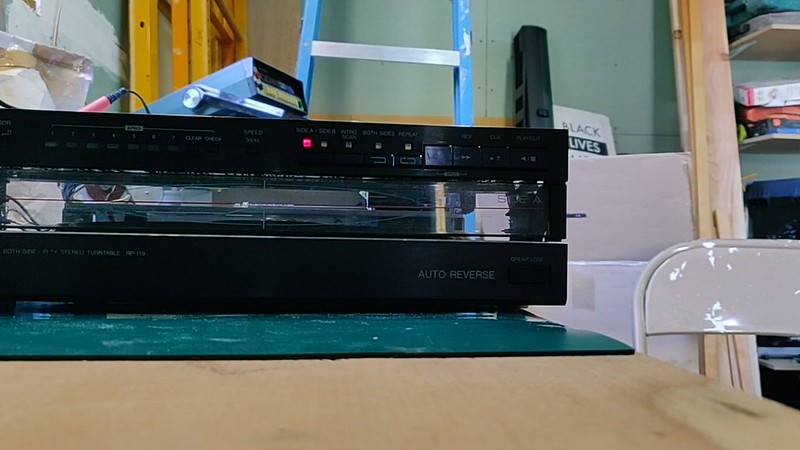 I have NO IDEA WHY IT IS DOING THIS. It is driving me batty. I’m contemplating getting stili for it (because it needs two, so it can play both sides… obviously…). BUT I don’t really want to do that until I can work out this closing issue. My ‘best’ guess so far is that the motor has a run-time (I’m going to try measuring the voltage on the motor and see if it switches off when the drawer stops because I feel like it’s the motor stopping because it hasn’t managed to close the drawer.

If that’s the case maybe it’s just a lubrication issue? And the motor’s not running quite as fast as it should?

Ooooor maybe something in the supply is failing and it’s not getting the volts its needing so the motor’s running slow, then it’s running out of time? But since it’s all IC controlled, I’d figure that it would have more problems if voltages were off. So, yeah. Seems unlikely.

At any rate, I’m still working on what I’d thought would just be a quick application of some new belts and a good clean. Sadface.