So I’ve been plodding through doing the garage drywall; it’s about 2/3rds done – and I’ve reached the oh so exciting point of unloading all the shelving so I can move it.

Once the shelving’s out of the way the actual drywalling shouldn’t take too long. But it’s going to be a bit of a faff to get it out of the way. Once that’s done we can rent the insulation blower, insulate the roof void and that will be a heatable space. At some point in the future I’ll come back and do some tape and mudding – but for the moment we’re just going for walls and ceiling up.

Then we can arrange things in there so it’s a more functional actual garage:

I’m hoping this will work – at the moment the sit/stand bench is in our office in the house – but the plan is once the tablesaw is gone it can go out there. The tablesaw is being kept around for the minute because – mainly – COVID. Our lovely friends have a much nicer tablesaw in a proper woodshop that we were using but when we were doing a bunch of stuff and would have had to lug a lot of wood around it was handy having one here. Now COVID – so even small jobs that need stuff ripping down I can’t go over and be all ‘Oh hey, I’ve come with wood (and viral death)’. So yeah.

It’s not terribly exciting; insulating and drywalling is tedious to do and pretty tedious to write about, but it’s nice to get this off the project list and means that I can get back to oiling trim which will be good. I can also do a couple of other projects – one is the prototype Mycroft build. I want to switch away from our ‘smart devices’ being google – after quite so many awful things that google have done.

And while the google home is a neat piece of tech, I’m not a big fan of having it around. So… yeah, I’d like to build a Mycroft. I’ve printed some of the bits, and Nikki has kindly printed some of the other bits. I’ve got one left to do (which I hope to do once the garage is done) – it’s a bit of an irritating ‘whiny’ noise to have going in a house with no doors.

So there’s that. I’ve accumulated all the other parts required (I think they’ve all arrived now); so there’s a bunch of soldering and putting together to do.

It’s an Electrolux N10 – better known as an Anksurum Assistent mixer. These are apparently the bee’s knees when it comes to mixers – particularly for bread making. People seem to rave about them and the mechanical design seems to have remained pretty much the same since they were designed back in 1947, which is pretty cool.

I’ve been trying to find one for quite a while, but they always were suuuper expensive. This one, though, has taken quite a beating (no pun intended, or maybe it was).

Beyond the sad chipped paint and general slight grubbiness, the front panel appears to have been beaten with a hammer until it was hideously deformed, the knobs are somewhat loose and it seems to only really have one speed option. Oh, also, the mains connector on the end of the power cable is cracked, and the plug on the other end is just fucking terrifying.

Hopefully a bit of a service should do for most of it – all the functions more-or-less work. It does seem to only really have one and a bit speeds (similar to how Molly was when I first got her…) 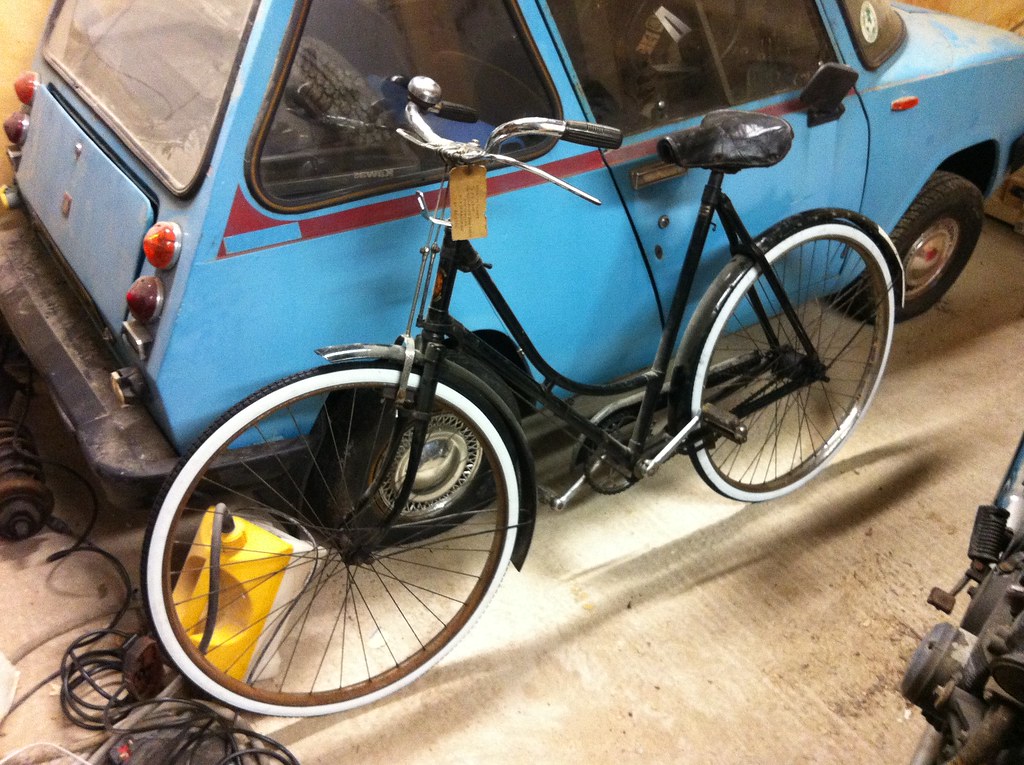 I’m somewhat suspect of the Rifa capactitors which allegedly lurk inside the case – but finding information on them has proven to be difficult. Possibly this is a good sign – I’d actually not seen any broken ones go by on e-bay until this one.

Initially I thought that not knowing the model number – which I now think might be N10 – was the challenge I was having in finding information. Buuuuut even with that I’ve not found much. I’m now beginning to suspect that, in fact, the problem is that they don’t break much.

People just seem to have them and use them and love them (and possibly cuddle them and pet them). This is both good and slightly awkward.

I mean, it isn’t a complex device. It’s just a motor driving a massive thick belt drive that runs a worm gear that turns the bowl around. The roller is turned by the bowl itself (and pleasingly, you can still get both accessories and at least some spares for it). It’s old enough that the controller is a mechanical timer (that could probably do with a blow through with some compressed air given the environment most mixers live in), a variable resistor and a couple of switches.

So hopefully me’n the laser cutter will make a new front panel and me’n the workspace in the garage will give it a clean and a paint and it’ll be right as rain.

So yes. Once the drywalling is done, there is space opened up for ‘projects’ and that I’m quite looking forward to.

The rest of the drywalling not-so-much.

I have also – at long last – spent the money to get Rebecca’s new motor. That is winging its way here from wherever it is – ripped from a crashed iMiEV. 47kW should be more than enough for li’l Rebecca Mog.

Anyway. Many things to get on with.