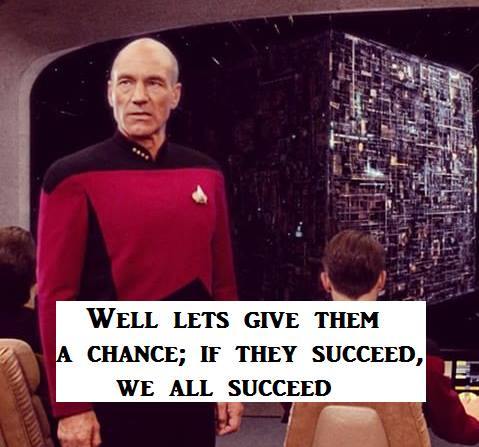 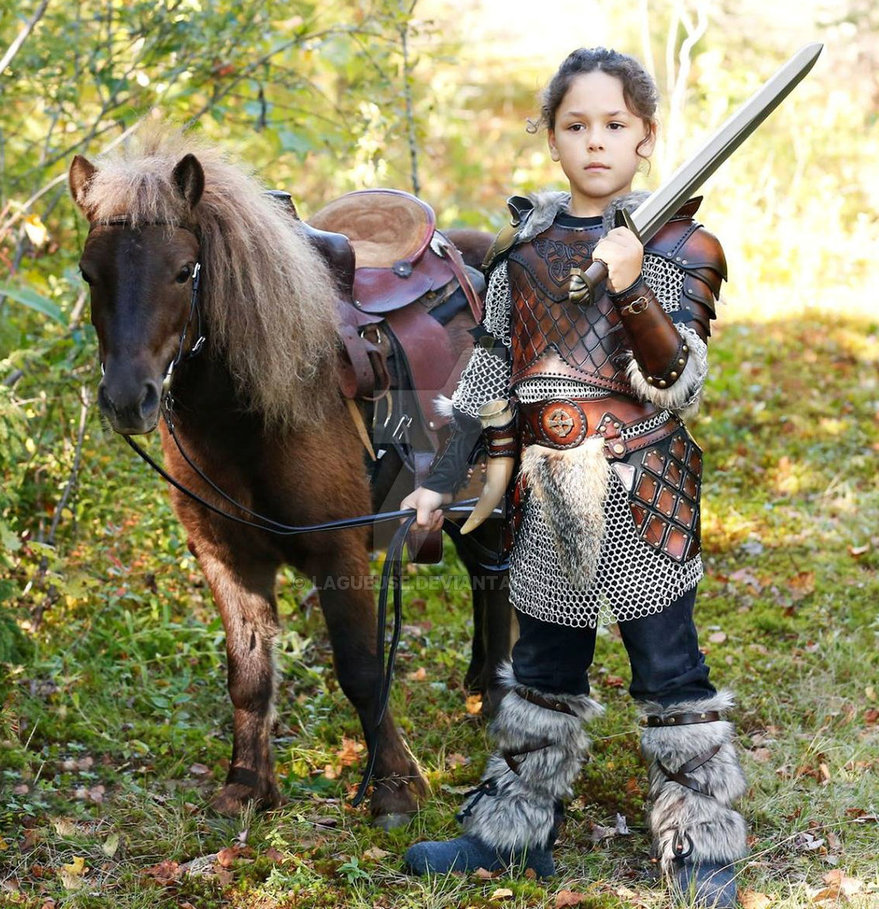 It’s never to early to start the life of an armored adventurer.

You’re not an unthinking liberal, are you? 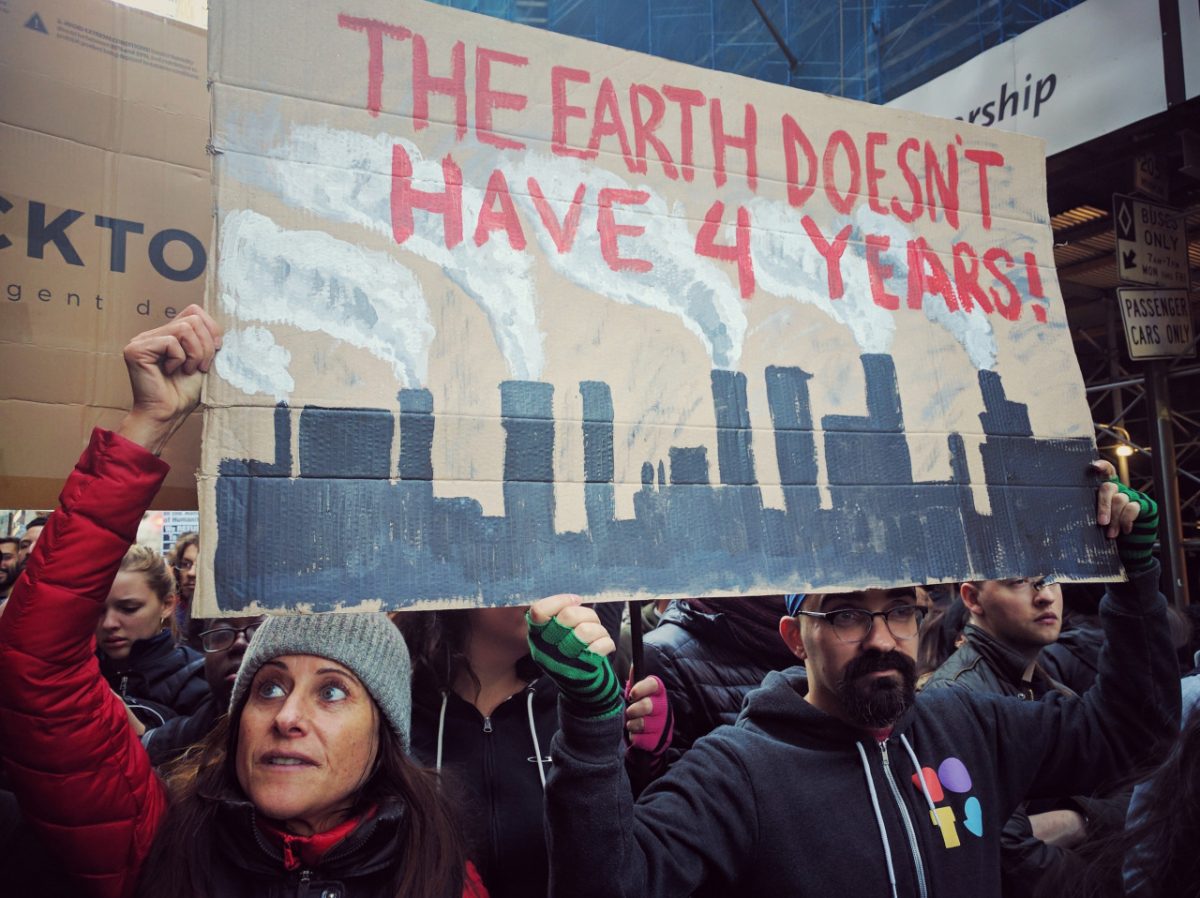 “THE EARTH DOESN’T HAVE 4 YEARS!” at Not My President protest outside Trump Tower in NYC, November 12, 2016

I once saw someone point out something I hadn’t really considered before- libraries are one of the only places that are warm and dry where you can stay for long periods of time if you have no money. If you’re someone with nowhere to go during the daytime, they provide a safe environment in which to keep a roof over your head for a while- and all while you can access information.

It’s weird…libraries almost feel /wrong/ now. It’s like I walk in and think “This is great…where do I put my money?”

I used to work on a campus library and if you want someplace to put your money, so to speak, make sure you put books back in the designated areas. I know you think you’re being helpful by reshelving, but even if you pull something out to read a couple paragraphs just stick it in the basket for things you didn’t want. I don’t care if you know EXACTLY where you are. In academic libraries (at least in Texas) our funding was determined by how many books people looked at. So we got additional funding based on books not being reshelved. If there’s a designated shelf/basket for things you don’t want, stick things in it!

What @standbyyourmantis said about not reshelving is true for public libraries, too. Our funding is dictated largely by how ‘used’ we are, so we scan all the items that are laying about as In House Use. That, tied with Reference Count and Door Counter numbers (we have to manually put in the time we take for references) to prove we’re providing a needed service.
We also have to count the number of people who come for our programs, which not only helps funding but shows that the programming/services are needed, as well.
So, basically, if you want to feel like you’re making sure we’re getting paid and staying around, keep these in mind.

I didn’t know that’s why you’re not supposed to reshelf!

I’ve lost how many times I get asked about how much it costs to get a library card. It’s free. Everything is free unless it’s late or you lose an item.

And you do not necessarily have to live in the area covered by that library system.

I have both Arlington and DC cards. I’m not using the DC one much right now because of the MLK refurbishment, but they gave it me no questions asked despite not living in DC.

Many jurisdictions will also issue temporary cards, particularly useful if you travel somewhere and are doing research.

I work for the public library system that covers five counties in mostly-rural southwest Washington. If you are NOT in an area covered by our system, you might be from an area we have a Reciprocal Borrowing Agreement with, which means you can get our card free. If you’re a resident of Washington state (or for some reason just one county in Oregon) you can also buy a non-resident card (though it’s $88 per year, at present). Only here for a short time? You can get a temp card for $8 bucks.

ALSO: While most of our cards require Proof of Address, there is an “Internet Only” card which does NOT (and is free!). It won’t let you check out books, but it will let you use library computers, which can be really helpful if you just moved or are homeless and need to do all the things which will help you have proof-of-address later!

You do NOT need the internet card to use the wi-fi. The library wi-fi is open and free.

(If any Washington peeps have questions about this specific library, I will do my best to answer ‘em. I’m a designer, though, not front-line staff). 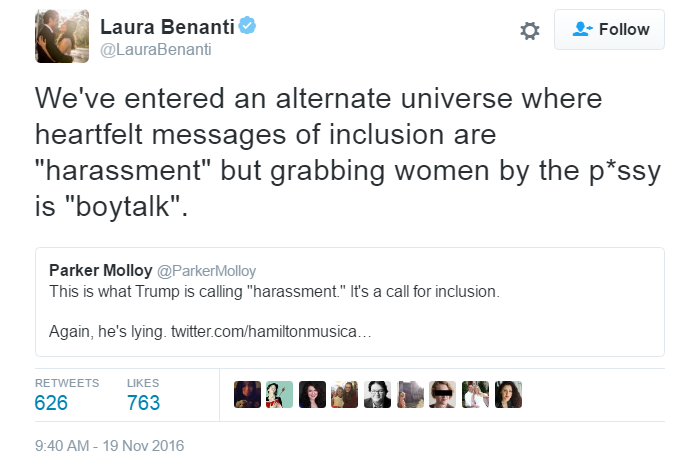 I stand by what I said, every bit of it
You stand only for yourself
It’s what you do
I can’t apologize because it’s true 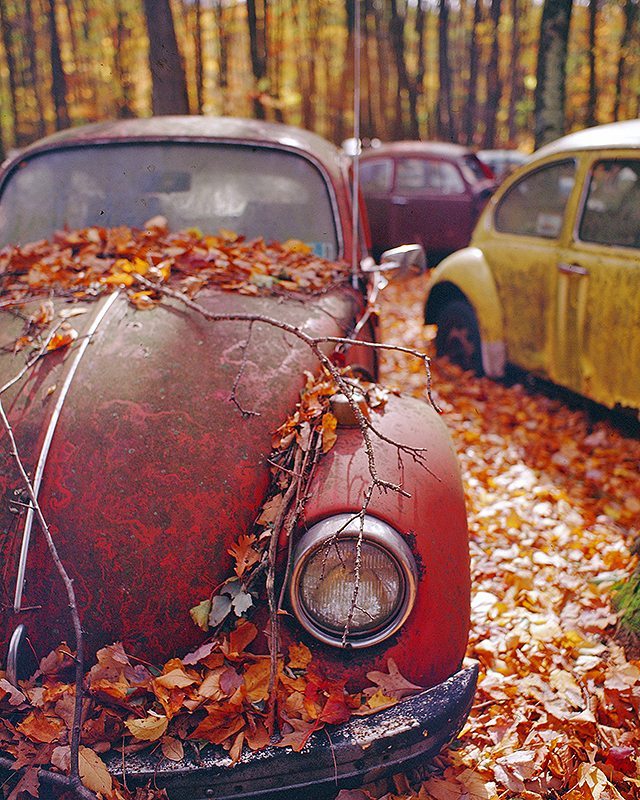 E100vs at the VW graveyard. No, I won’t tell you where this is.
Visit my site for more: www.instantdecay.com 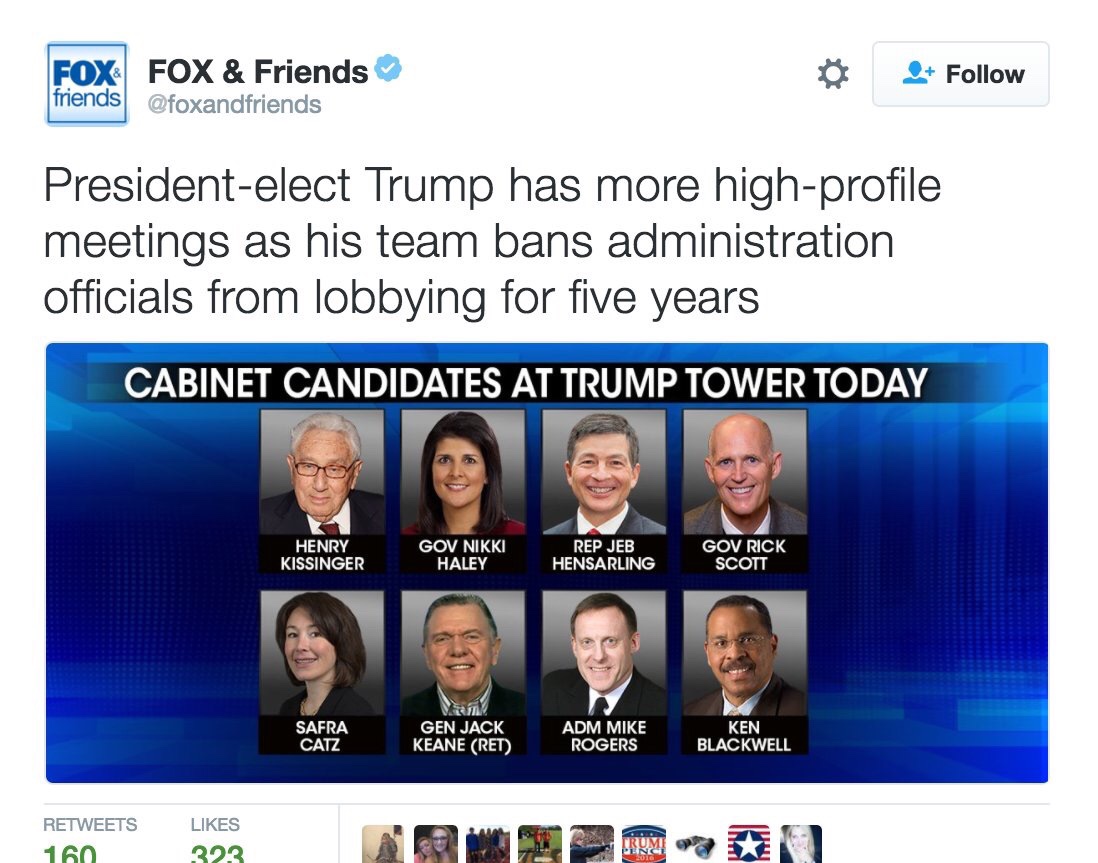 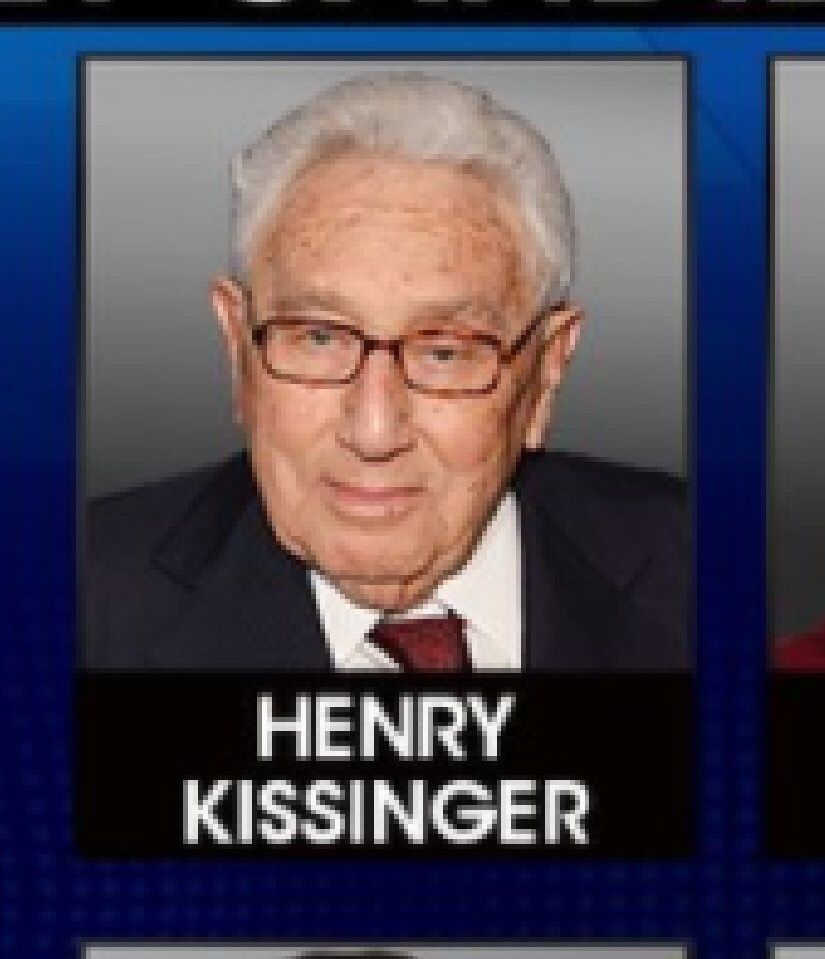 that is not dead which can eternal lie
and across strange aeons, even death may die

Who has that great quote from Anthony Bourdain about Kissinger and Cambodia? Please repost. 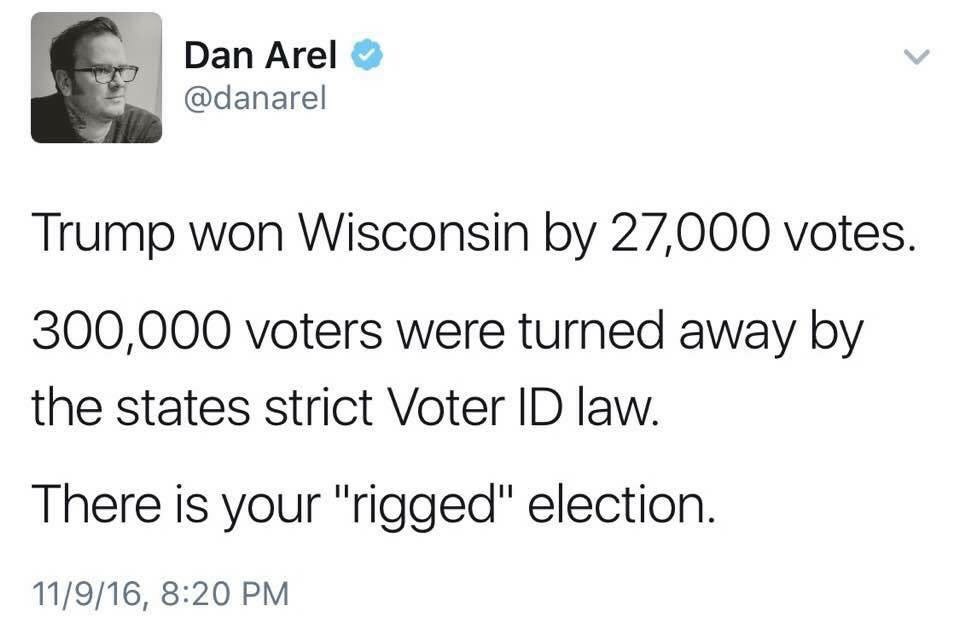 Can somebody explain to me why this is a problem? Why is voter ID bad???

How do you not have ID?? License? Passport?
Also how is that proof that’s it’s rigged. Why do those 300,000 people not have ID? Does that mean they are illigal immigrants(seriously I have no clue) cuz if that’s the case, they have no right to vote.
Needing ID vote makes so much sense to me. In Canadian elections, you need ID vote

Isn’t the purpose of an ID to prevent voter fraud? I think that pretty important

True
I don’t know the prices and how possible it is to reduce prices (what affects, what needs to be taken into account) but something to consider

My original question stemmed from the fact that so many people are against voter ID in general, as if proving who you are is a violation. I’ve seen so much hate for it months prior to the elections. Plus the tweet claims it’s evidence of it being rigged which I found quite dumb. I don’t support either candidate but jeeeez

To clear some of this up for those who aren’t familiar with voter ID laws:

Here is an excellent article written a few years ago (by a former Republican!) about how these requirements put a disproportionate burden on certain groups of voters – specifically, those who are likely to be Democrats. A few key points:

“7% of the general voting public doesn’t have an adequate photo ID, but those figures rise precipitously when you hit certain groups: 15% of voting age citizens making less than $35,000 a year, 18% of Americans over 65, and a full quarter of African Americans.”

“…the documents one needs to get a photo ID aren’t (free) and the prices haven’t been reduced. Lost your naturalization certificate? That’ll be $345. Don’t have a birth certificate because you’re black and were born in the segregated south? You have to go to court.”

“One can only hope that would-be voters have access to a car or adequate public transportation, and a boss who won’t mind if they take several hours off work to go get their ID, particularly if they live in, say, the third of Texas counties that have no ID-issuing offices at all.”

“(Republican) Wisconsin Governor Scott Walker, to take an example, signed a strict voter ID law and then made a move to start closing DMV offices in areas full of Democrats, while increasing office hours in areas full of Republicans—this in a state in which half of blacks and Hispanics are estimated to lack a driver’s license and a quarter of its DMV offices are open less than one day per month. (Sauk City’s is open a whopping four times a year.)”

So basically, there are a lot – A LOT – of Americans who are legally eligible to vote but lack a DMV-issued I.D. Most of those people are from demographic groups perceived as likely to vote Democratic.

The “rigged” part? Is that Republican state and local officials have actively worked to make it harder for Democratic-skewing demographic groups – especially the poor – to obtain DMV-issued I.D.s, while enacting laws that require them to show those I.D.s in order to vote.

Ensuring no voter fraud is a good thing, it helps uphold the integrity and people’s trust of the voting system. That being said, overly strict regulations end up targeting minority groups. (also a little weird that for USA’s federal elections there isn’t a federal standard? IDK state powers are weird)

So how do other countries decrease fraud and inequality? Since one of the above posters mentioned Canada -> in Canada there are 2 big ways you can prove you’re you without photo ID. (Any combination of 2 pieces out of 48 pieces of listed non-photo ID, or 2 pieces of ID with name and a person who will testify you live where you say you live) http://www.elections.ca/content.aspx?section=vot&dir=ids&document=index&lang=e

Oh, and employers are legally obligated to give you time off to vote, and cannot deduct your pay for going to vote. These measures would go a long way in decreasing bias at the polls. (Oh and a federal standard. Did I mention a federal standard?)

There is also the basic history in the U.S. of disenfranchising PoC, specifically black voters in the South. Voter fraud is almost non-existent in the U.S. It has become and continues to be a talking point of the Republican party because it is based in racism. Legally, they can’t say, “No black person is allowed to vote. No Latinx is allowed to vote,” but states continue to pass laws that make it specifically harder for those groups to vote, whether it is the “literacy tests”  of the Jim Crow era (seriously, try taking that test; many of these types of tests had intentionally confusing questions) or a voting places with extreme waiting times in poorer areas. We also see shorter early voter periods in these areas, which makes it harder for the poor working class to vote since Election Day isn’t a holiday in the U.S.

This doesn’t even touch the issue the amount of documentation you need in order to get an ID these days in the US. If you are homeless or a migrant worker of any kind, it’s pretty much impossible.

There is also the major issue that these laws have never been universally applied. A white person going to vote gets a cheery wave and a “just sign next to your name,” while a black person has to have two forms of ID just to prove who they are and if they don’t have the ‘right kind’ of ID–again often determined by people at the polling place– they are turned away. So while folks can say that having ID just makes sense, U.S. history speaks volumes as to why it shouldn’t be implemented.