So, today I picked up my beloved bike, also known as Molly (as in Mrs M. Lane, which is what it said on the tag when I bought her) from Roll for the Soul. She’s been fitted with a shiny new wheel (I’ve still got the original, should I manage to find a spare BSA hub anywhere). At nearly a century on this earth (since people seem to think she’s at latest 1930s, and probably 1920s), it seemed a shame to change the wheel…

…but this way she will actually be more useful, and keep rolling. And it is quite pretty, that new wheel. 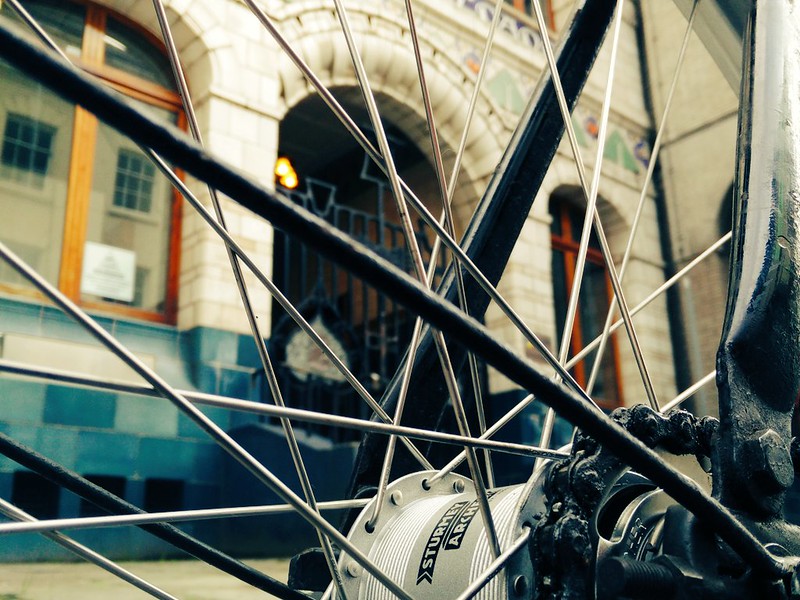 Of course, all this cost money and time. Although it provided an excuse to hit up another of the places I’m going to miss – Full Court Press coffee. 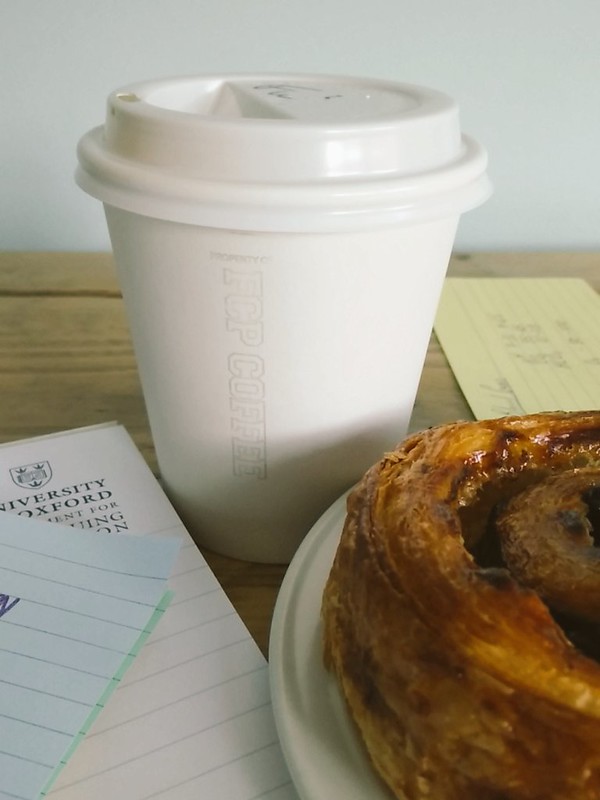 But they were always lovely when I did make it in, and their coffee is insanely good.

…And they stock Hart’s Bakery’s baked nibbley things, which is another good reason to stop in.

Anyhow, so I picked up my bike and loaded it in the back of the Prius, so I could get back to do more revising (I’m currently (even as I do this) gradually filling an entire letter sized sheet with Hb, HCT, RBC, WBC and Platelet normal ranges). All the stuff I’ve known approximately, because it’s displayed or printed on every report of values from the lab. And knowing it ‘roughly’ has always been ‘good enough’ for picking up the sick folks on a blood gas machine that doesn’t show normal values.

But for the NCLEX I actually need to know the normal ranges.

So I’m learning them, by rote.

I’ve never been good at learning by rote (or seeing the point of it). However, once I’ve filled a sheet with this stuff I’ll be doing blood salts. I know some of them, too, roughly. But not all of them. And also I need to do some other non-salt things, like ESR (or ‘Sed’ rate).

Also in irritating land, there’s this thing called a PTT or ‘Partial Thromboplastin Time’ – which is 60-70 seconds. There’s a more modern version of the test called the ‘acvitavated Partial Thromboplastin Time’ in which they add an enzyme/activation protein/something like that which gives a shorter time frame – 30-40 seconds. For some reason the revision stuff seems to use these interchangeably, and when people have asked about it on forums (as in, “some sites are listing PTT as 30-40 seconds, and some are listing it as the actual value of 60-70 seconds. Which is it?”) no one bloody answers.

As is the fun I had finding someone to steam clean Rebecca. It doesn’t seem to be a very ‘in’ thing to do anymore…and a bunch of very unhelpful places that advertised that they do it no longer do, and just told me to go google it. Which is entirely unhelpful when they’re the places that come up when you do ‘google it’.

I’ve also spoken to the DMV and discovered the slight insanity that goes on:

– I can collect and drive the car from the port if I’ve a US driver’s licence and can get her insured.
– I can collect the car on a rented trailer which I can drive to the port on my UK licence, and trailer her home.

But:
– I cannot drive the car home from the port on a UK driver’s licence in any shape or form.
– I cannot register the car until I’ve got a US driver’s licence.
– I can’t get a US licence without a social security number, or proof of residence in Washington state.
– I must register the car and get a new licence within 30 days of ‘permanently’ settling in Washington State.
– It can take up to 6 weeks for a Social security number to be allocated.

‘cos that makes total sense.

I suspect I’m going to experience more byzantine twists in the whole getting to America thing, before we get there.

I’m sure that’ll be super fun.

Exam’s monday, so I best get back to the grindstone of attempting to wedge numbers in my incredibly number resistant brain.

* Although I’ve been doing Yoga, which I’m really enjoying, although it’s largely proven to me that I’m hideously inflexible now. As in I’m about as bendy as a plank. But it’s helping to ccalm me a little.

One thought on “Progress, at least in some areas”