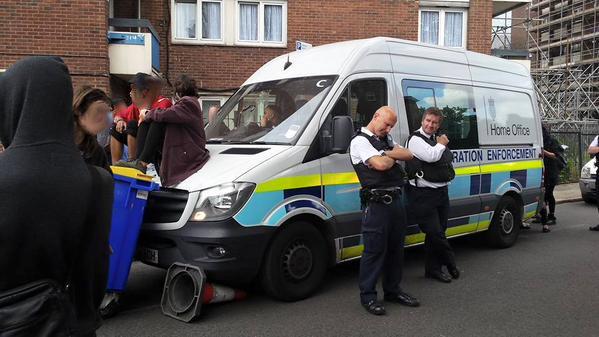 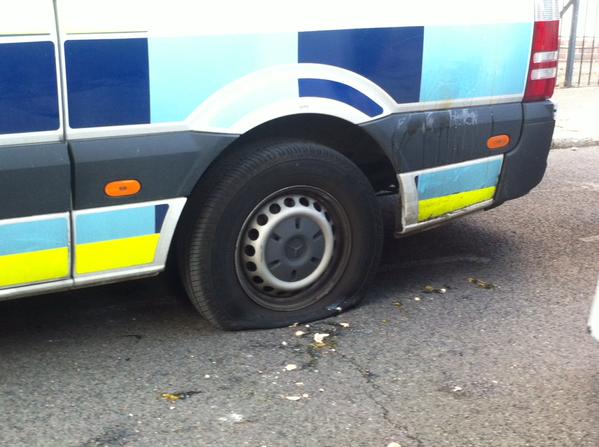 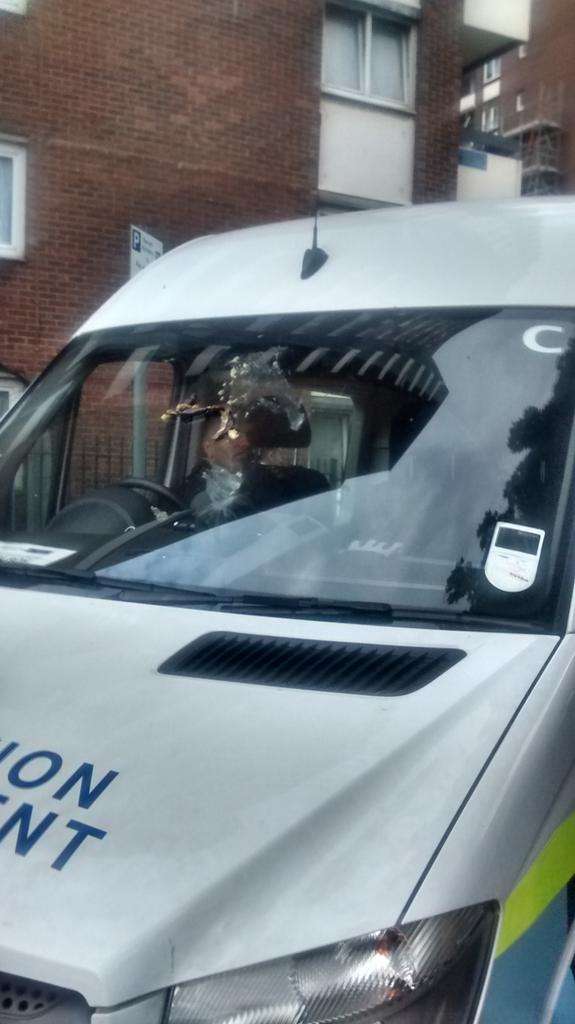 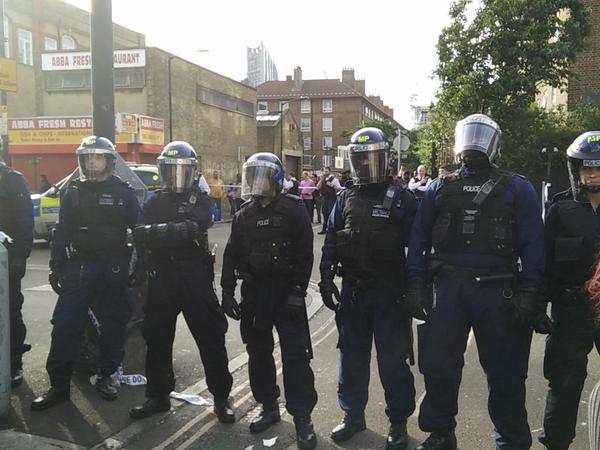 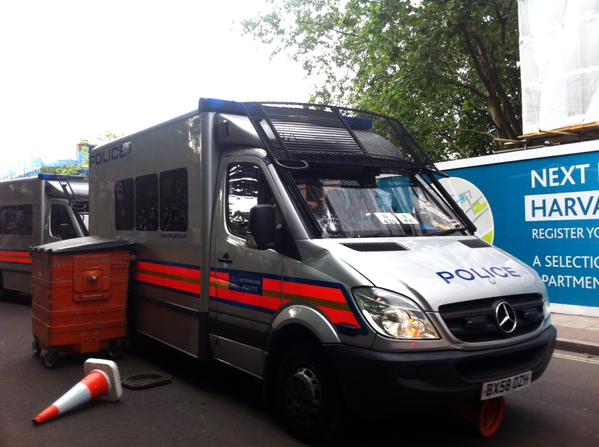 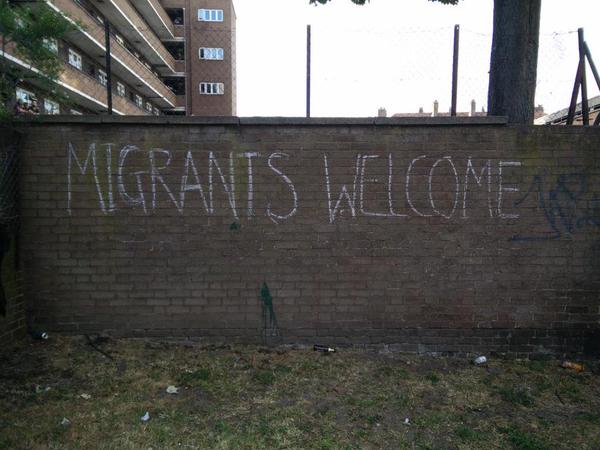 ‘Home Office immigration
enforcement have been targeting the East Street market in Walworth,
London SE17, all week, with no less than five raids over previous days.
Today they came again at 5PM and snatched one man from a fish shop,
presumably accused of working without legal documents.

But this time, things were not going to go so easy
for the thugs in blue. After call-outs went out through the local
grapevine and also on social media, people from the area including the
next door Aylesbury Estate rushed down to the scene. The Home Office
snatch van was blockaded and penned in on a side street off the market.
The bullies retreated inside the van with their prisoner while it was
surrounded by people’s bodies and by makeshift barricades, the tires
were let down, and it was pelted with rotten fruit and eggs from the
market.

The Home Office thugs called in police reinforcements. They arrived
with six cars of cops, plus dog vans and plainclothes cops, and a
helicopter circling overhead, as the street was cordoned off. However,
the crowd kept on growing as more people from the estate and nearby
streets joined in, local teenagers called up their mates, others arrived
seeing it on social media.

The stand off continued for over an hour, the local police clueless
about what to do next. Then three vans of TSG riot cops arrived, tooled
up in full body armour. The TSG pushed through, escorting the Home
Office van limping out on deflated tires. They came under sustained
attack as new barricades of street furniture kept getting thrown up to
stop their progress and hails of rocks, bottles, road cones, etc., kept
them at bay. At least one TSG cop was knocked to the floor, a riot van
windscreen and other windows broken.

In the end, they managed to get their prisoner out, and also took one
more arrested from the resisters. After the immigration van had got out
the crowd kept blocking the TSG vans with commercial rubbish bins and
other barriers to continue
the fighting. Eventually, visibly shaken by the angry mob,the TSG
managed to escape. After giving them a rowdy send-off, the crowd danced
to a mobile sound system.

This was concerted angry action which brought together local
teenagers, Aylesbury Estate residents, anarchists, and whoever was in
the street and not going to take this shit lying down. If we could meet
more raids with resistance like this it would seriously screw up the
system of repression. This is the response we want to be growing on our
streets, every day of the week.’