So, my MacBook is dying. Or at least, chronically unwell. After 7 years’ service it’s started to develop new and unexpected problems. For a long time it’s had the “crash because one of the SIMM sockets is poorly fitted” memory corruption issues. It’s done this ever since I stuck RAM into the second socket; and done it regardless of which stick is in that socket. It visibly doesn’t really align correctly, and is quite, quite annoying.

However, now it just randomly switches off. Today, with the battery at 34% it went “oh, no, I don’t think so” and without warning, nor record in the error logs, it was switched off. Unfortunately, this is by no means the first time it’s happened. It happens more often when it’s not plugged in, but not exclusively. Apple might well say its the non-brand battery, or the non-brand charger*. But I’m loathe to spend any more money on a 7 year old laptop – especially one that’s never been perfect. Also one that lacks the power to do some of the things I’d like to (and indeed plan to) do.

The problem is where this leaves me.

I really don’t want to fork out for a new laptop at the moment (although the idea of an infinity / 4k type display does appeal quite a lot). I do keep looking at the laptops on dell’s B-grade stock page though (because they do a laptop that ships with ubuntu – although not from their B-grade stock page – but presumably that should be fairly easy to remedy). Part of the reason I don’t really want to splash out on a laptop is that I bought the Jolla tablet – the idea being that I’d use that for much of my dinking, and prolong the life of this aged beasty. However, the Jolla tablet’s not arrived yet – nor does it have an actual shipping date.

Now when I bought that I was thinking I’d probably get a desktop for the grunt work, because I rarely do stuff like that when Kathryn’s home, or indeed, while I’m slumped on the sofa. But it turns out that we’re now considering living in a much smaller space when we get to the US (and potentially spending 2 weeks on a boat getting there) and I might, actually, want a laptop for that… Rather than a hulking great desktop and associated monitor. Which muddies the plan a little.

Thankfully, I currently don’t have 800 quid to throw at the problem anyway.

Of course, the problem is, one of these days this laptop’s either not going to come on, or is going to become so unreliable that it’ll make me do the *augh-for-fuck’s-sake-[click-spendy]* thing, which is probably not a good plan.

* Although, given that Nikki mentioned that apple did tell her to replace her no-brand charger with an apple branded one, and it did solve some problem or other, I’m contemplating whipping the cable off my non-branded one and sticking it on my real apple one. Hrm.

If you’re more outraged at the Confederate Flag being removed than you are of people being murdered in a place of worship, then it’s about time that you re-evaluated your life.

And then sometimes Amazon marketing figures out that I’m pretending

Taste test result: Odinforce is far more fragrant and flavorful, though both are amazingly smooth for oral caffeine delivery systems. This is legitimately tasty coffee. I rarely take my coffee black because of the acidity, but these were surprisingly smooth (which is in line with a darker roast not necessarily meaning stronger coffee).

I wish they sold the whole roasted beans; I’d love to grind these up fresh. (THEY DO.)

Dad likes the more flavorful Odinforce best while I’m more partial to the smoother Death Wish, but I’m very pleased with both.

Update: I think I’ve made a minor logistical error. I think you’re not meant to drink a cup and a half of each in the space of 10 minutes.

The gates of Valhalla are open. Witness me. 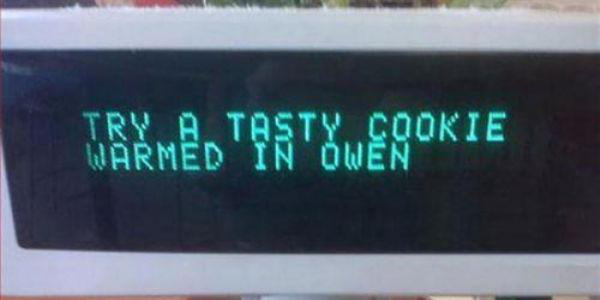 no thank you, owen