One of the many things I despise about allergy season is the tiredness. This is at least partially down to the fact that normally I’d have a lie-in after night-shifts. Not a long one, but a bit of one. And I’d usually sleep until about 8. Unfortunately, in allergy season, not only do I not sleep well, but I wake up around 6:30 feeling sickly. And can’t get back to sleep because I need to take drugs and get upright.

Beyond the irritation of, well, irritation to eyes and nasal passages, it’s irritating because whilst it doesn’t stop me doing things completely, it seems to erode my competence, it also really attacks my patience… and it leads me to want to just sit on the sofa going blurgh.

However, irritating allergies notwithstanding, I’ve managed a fair bit today.

First up I managed to head out and collect a package that turned out to be the HD ‘sports camera’ for our trip to Norway. Which has arrived much more rapidly than expected and looks to work except…the microSD? I’d not actually ordered that yet. So I ordered that today. I also, whilst I was out, picked up a new tip for my soldering iron. Well, technically I picked up tips for both soldering irons, the ‘precision’ one of my dad’s and the ‘not precision’ one of mine. I also did errands, for double plus adulting.

A few days back I managed to put the new socket surrounds on the wall in the kitchen: 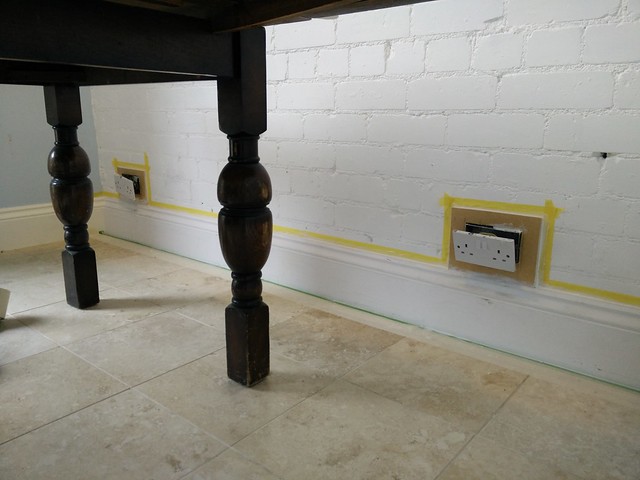 I filled and masked it all, and today started hurling paint at the trim. Two more coats and that bit’ll be done… leaving only some little bits of trim in the main kitchen area. That wall looks like it should end up being much neater – the sockets have been hanging out of the wall quite long enough.

I need to move the fridge to get to some of left over bits of trim though, so that’ll be fun. But it may mean I finally get around to turning the door on the fridge ’round so it opens the right way. Heh.

Painting done I nipped out to collect my bike which had gone off to be repaired after the back brake broke. They’ve fixed the brake, but upsettingly, as I mentioned earlier the cable for the rear hub-gear is broken, meaning it’s currently sat out of gear, which makes it ‘tricky’ to use. I’ve ordered a Sturmey-Archer clone cable, which I then just have to work out how to make fit. I have an idea, but it’s not ideal…

I also spread slug pellets around the garden which is AWESOME. We currently have all the berries. 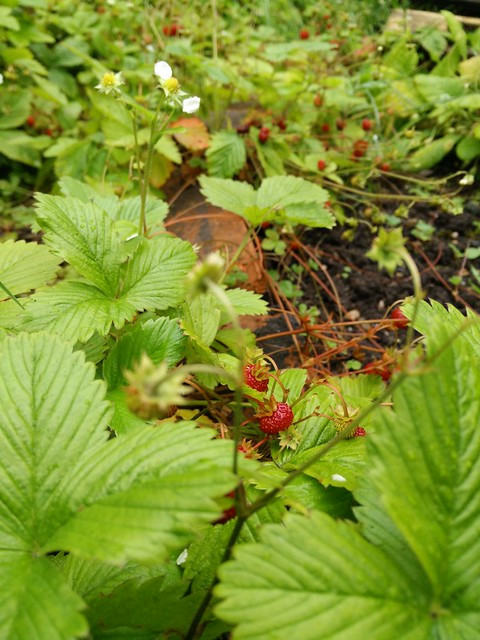 Which I should go out and pick, although I’m feeling a bit ropey right now (see: allergies).

I also rang the company that’s meant to be assessing my transcripts – I checked and they were delivered on the 8th of June – but it still showed the status as ‘waiting for required documents’. Having rung them it can take up to a month for items to start being processed. ARGH.

I am really worried that the potential job will have gone before I even get near a registration.

Anyhow. Lunch was a Hart’s affair, obviously, then I moved on to assembling John’s 7 segment LED display: 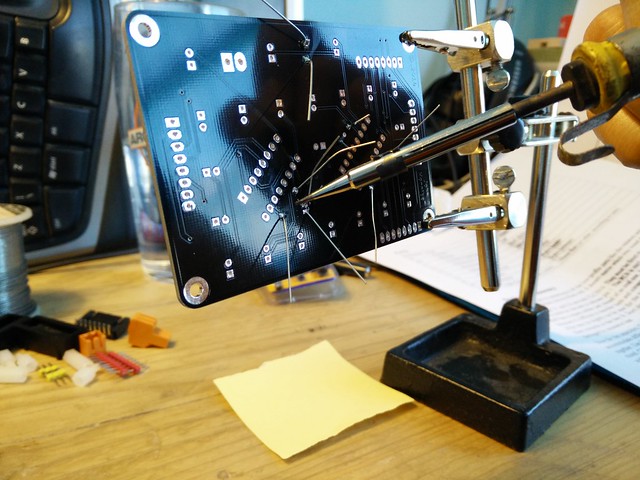 My soldering, even with the new iron which actually has a tip that’s tip-y and not chisel-y (I’ve been using the same tip that my dad had on there for…ever), is no-where near as neat as John’s. It’s not terrible, by any means. But it’s not beautiful, but I guess I don’t do it that much. 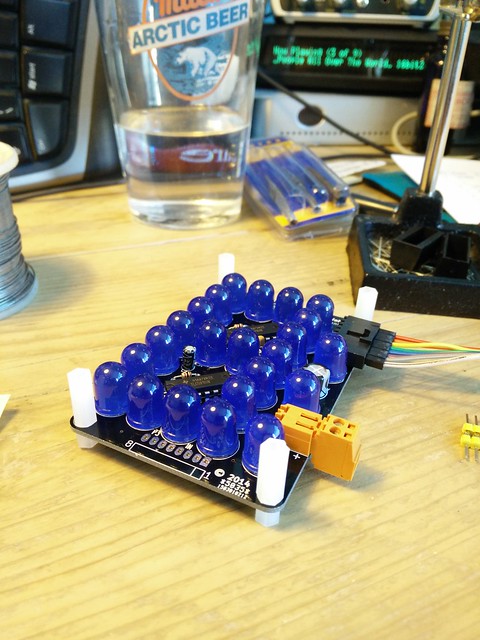 If it works, I’ll show you. Of course, to find out if it works will require the Arduino Uno that Kathryn gave me for Xmas, so I’ve opened up the packaging and… downloaded the software.

I also assembled the synthesizer kit that Kathryn gave me for Xmas and had a wee play with it. I think, however, it wants a new battery. As opposed to the one that came out of the garage smoke alarm because it was dead (note to self: buy more 9v batteries).

Anyhow, so I was sat with the Arduino in my lap, and the software on the mac, and, for reasons which remain elusive, my allergies kicked into overdrive and I had to give up. After a festival of sneezing and me finally giving in and throwing the eye-drops in before I eroded the surface of my eye through rubbing, I have given in to sitting because, in all honesty, I feel cack from the allergies and I think I’ve done enough for the day.

In other news, yesterday my Mac died and refused to come on until it’d had the battery removed. Its worrying decent into notworkitude appears to be continuing. My deal with myself is that I might, when I’ve paid off the credit card, consider buying a new (recon/B-grade) laptop. It will not be another apple. Irritating though it is to be the proud owner of Office-for-mac and Photoshop-for-mac, I’m just a bit done with the walled garden. Also, it’s not just-working anymore. If it’s not just-working, what’s the point in paying extra? 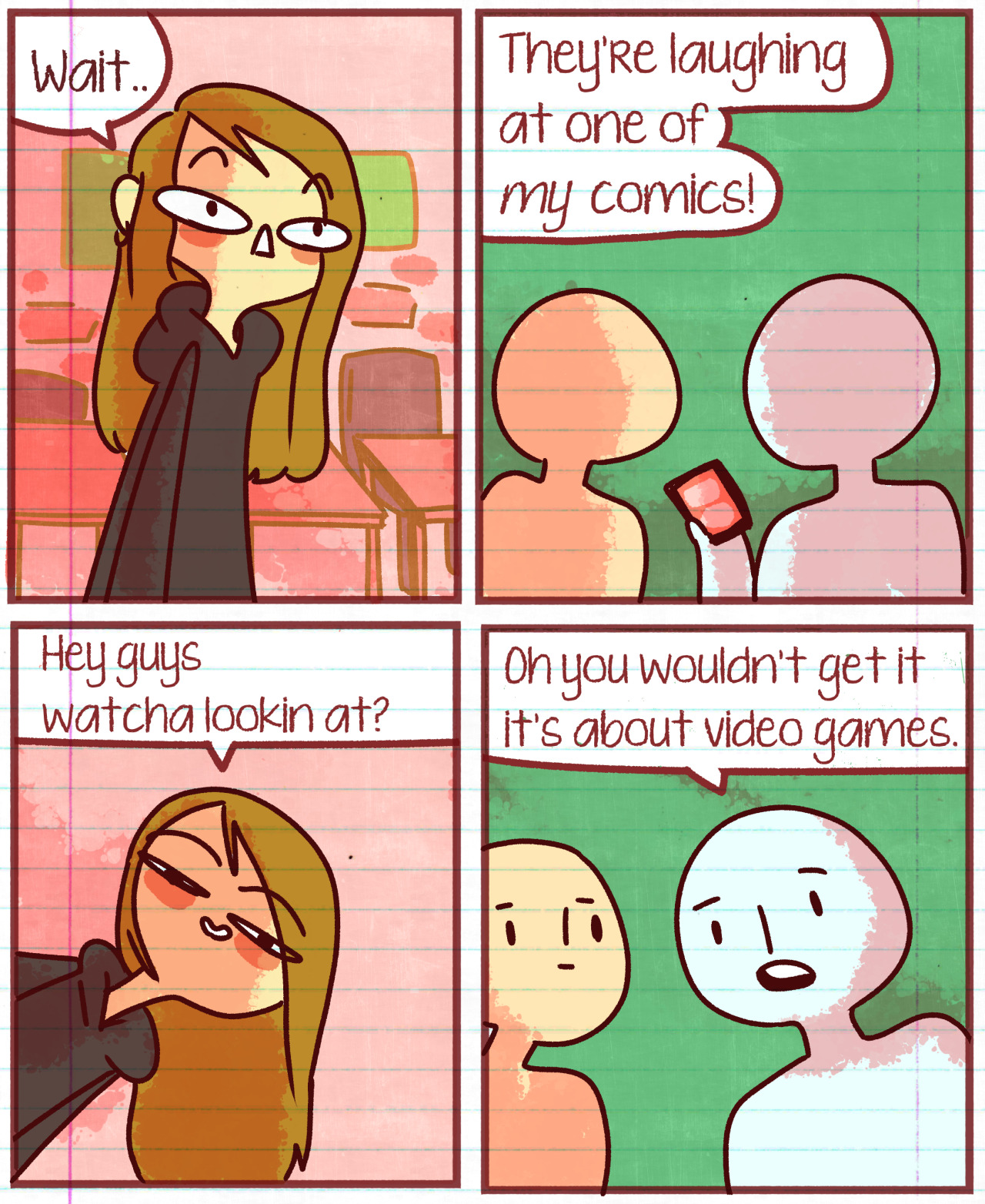 this happened to me at school last week

I hope you punched them in the face. 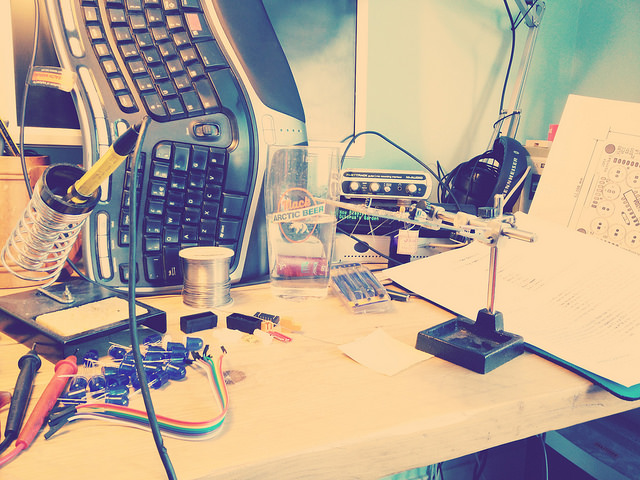 Building up one of anachrocomputer’s boards…

…and were very apologetic, because the gear cable, made from unobtainum, broke at the same time.

I may be breaking out the pillar drill and a piece of brass or aluminium to make a BSA -> Sturmey-Archer cable adaptor.