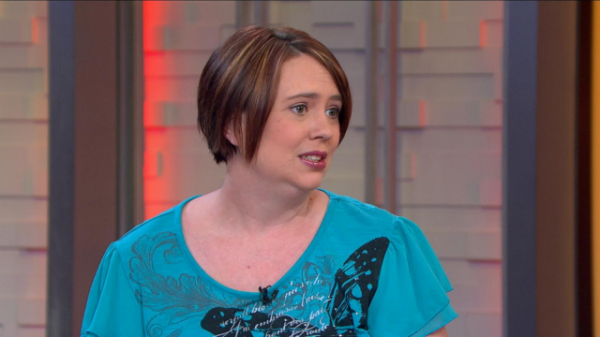 …“I would have kids start crying when I told them they didn’t have money in their account because they were terrified of getting the cheese sandwich.”

The district’s policy is to give a student a hot meal and charge the parent’s account the first three times they forget lunch money, communications director Tustin Amole told ABC News today. The fourth time, the student is given a cheese sandwich – a single slice of cheese on a hamburger bun – and a milk.

…Curry felt she could not stand by and keep letting it happen.

Curry was supposed to take the students’ food, throw it away and replace it with the cheese sandwich and milk if a student had exceeded the $7.60 debt limit, she said. Instead, she would cancel the transaction and remind the student to bring their lunch money.

Curry acknowledged that her actions went against the district’s policy and when asked why she did it, Curry said, “Because it was the right thing to do and sometimes doing what is right is not what is easy.”

once again, under capitalism, noncompliance with immoral rules means the employee loses her livelihood. and less children have food.

This woman is a hero.

I wanna know what heartless ass snitched on her so I can glare at them for the rest of their days.

That’s the day I knew I’d always love you.

What is this from?

i went to the original post and its called sense8, its a show that apparently just came out today on netflix by the wachowskis (one of whom is a trans woman). one of the 8 main characters is a trans woman (and is actually PLAYED by a trans woman, refreshingly)

ive been hearing everyone talking about sense8 but holy shit!