Now, before I start, I have a soft spot for the Wachowski’s. I loved the Matrix, I loved Jupiter Ascending, I even rather liked Cloud Atlas (despite having multiple issues with their blackface malarky). So when I’d heard about sense8 it’d gone on my calendar with an alert that popped up and said “Check if sense8’s been released”. Which I did. And it had. And I was quite excited.

Critically I note it’s not got a hugely positive response.

But I don’t give a f’kin monkeys about critics though. I just watched it, a 12 hour season, beginning to end in as little time as I possibly could. I watched 2 episodes the first day, time not being on my side. Then I watched 5 hours in a day…before my first night shift…instead of sleeping*. And then I came home from the night shift and polished the end of it off.

People say it’s a little slow to get started, but then I liked Blue Gate Crossing – an 85 minute Chinese film in which, essentially, nothing happens. But anyhow, although I have issues with the Californian interpretation of life outside of the US – which appears to be somewhat based on stereotypes *cough* just a little *cough* – I absolutely adored it. They need someone medically trained on their crew (handcuff / cannula (venflon) scene = picture me screaming; and f’kin non-bleeding cannulas when you remove them – that does not happen). They clearly got someone who knows at least a bit about hacking so why is it so frickin’ hard to get someone to make medical things a bit better**.

Aaaaanyhow. All of this didn’t significantly take away from the general awesomeness of it. It’s beautifully shot. I mean it’s just visually delightful. And they have actually shot outside the US. It’s not some craptastic faux England or Iceland. It’s actually England. It’s Seoul, it’s Nairobi. That is pretty damn cool.

The first episode is, I’ll grant, quite clunky – it’s trying to set up a lot of world building, and introducing a lot of characters, there’s some exposition in there that’s required but not beautifully positioned. But once it found its feet, I was totally sold. Even, to be honest, before then I was totally sold.

And perhaps that’s about representation. For a long time I’ve had what various people have called the great queer film collection. Back when I used to spend a lot more of my disposable income on film, a surprising proportion went on tracking down slightly obscure foreign and independent queer film. Most of it is quite depressing, but occasionally there are people like me on tv. When there are, it’s incredibly powerful. Years ago, before I came out, I used to read crappy poorly written fiction from a dubious website and some of it I’d laugh at because it was so bad, so clichéd, but I was desperate for stories even slightly like mine, so I’d read them anyhow.

Anyhow. So, I loved it. I really rate it. Go watch it. Me being me if I can get a physical media edition of it, I will.

One other thought that occurred – and I wonder if this comes from Lana’s experience, and if so I’m sad for her. The medical staff in the show are pretty much invariably horrendous to Nomi. Back when I qualified, I initially wanted to do my dissertation on transgender experience of healthcare within the NHS – but rapidly realised there was essentially no research on that. I then tried ‘Lesbian experience of healthcare’. Nope. I ended up examining LGBTQ experience of healthcare. I didn’t really need to do the research, I’d experienced it myself. It was pretty fucking terrible. And it has really bad long term impacts on people’s healthcare – if you’re scared to go in to see medical professionals because they treat you like shit, you don’t get stuff checked out. If the health professionals are so busy treating you like shit they don’t actually pay attention to your problems? Stuff gets missed. It was a whole catastrophe of badness.

To summarise, healthcare for queer people in 2006:

Things are – at least IME – improving. I’ve not repeated the research because… well, others are better placed to do high quality research than me. Though actually it’s something that interests me. I still think things are shit; I still would expect some (but not all) medical staff to misgender or be in other ways homo/bi/non-binary/trans -phobic. I would say that in our department, I think the majority would use whatever pronouns you requested – or at least he/she as requested (I think they’d struggle with Xe or other non-binary terms) – at least, they’d use them to your face , and in your medical notes. I wouldn’t swear that they wouldn’t be unpleasant out of earshot – depending who was around they’d get called on it, or not. But perhaps I’m over generous? However we’ve had a fair few lgb people working in the department – and it’s such a non-issue – and the few times we’ve had out-trans people it’s been not great but not near as awful as I’ve seen elsewhere.

It’s not good enough, but it’s an improvement on where we were when I started nursing and I still remember some unpleasant nurse talking about ‘the fucking lesbians’ to the sound of much agreement.

But anyhow, it made me sad, because I think that Nomi’s experience is probably depressingly accurate. I’ve probably not done near enough to change that. So that’s something which has stuck with me.

But that’s by the by for everyone else. Everyone else, you should go watch sense8.

* I couldn’t actually sleep, but normally I’d just lie in the dark and pretend like I was sleeping.
** And intramuscular injections that work quicker than intravenous injections. Given the number of occasions in my ER career where we’ve had someone who’s drunk, high and has a significant head injury who needs sedation, I’d *love* some of the drugs to work the way they do on telly, it’d be awesome. They do not.

While it’s certainly sad he’s gone from us, as it’s sad whenever someone incredible is lost, I think that my response to Christopher Lee’s death will be celebration. May he rest in peace, yes, but holy shit. 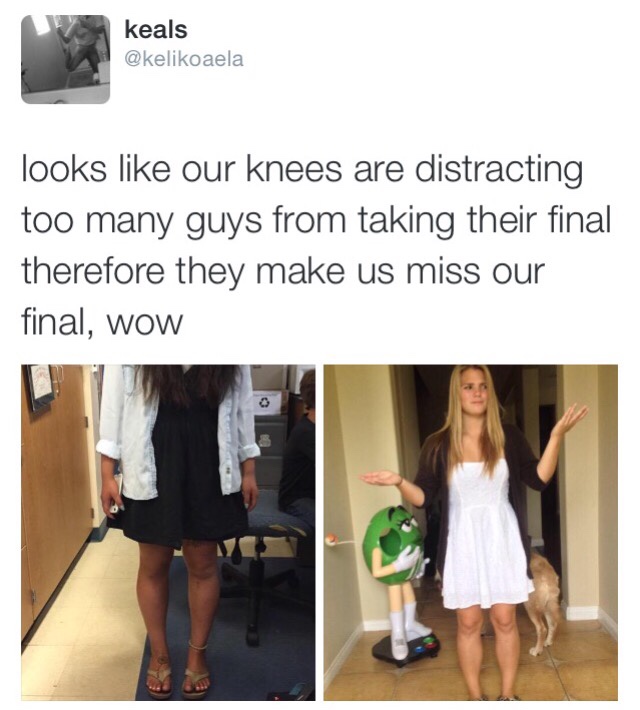 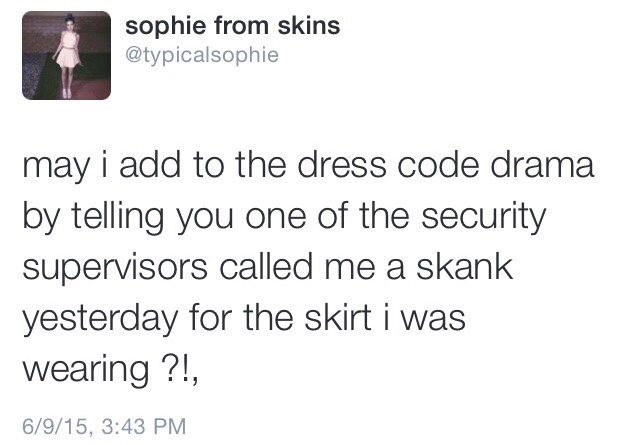 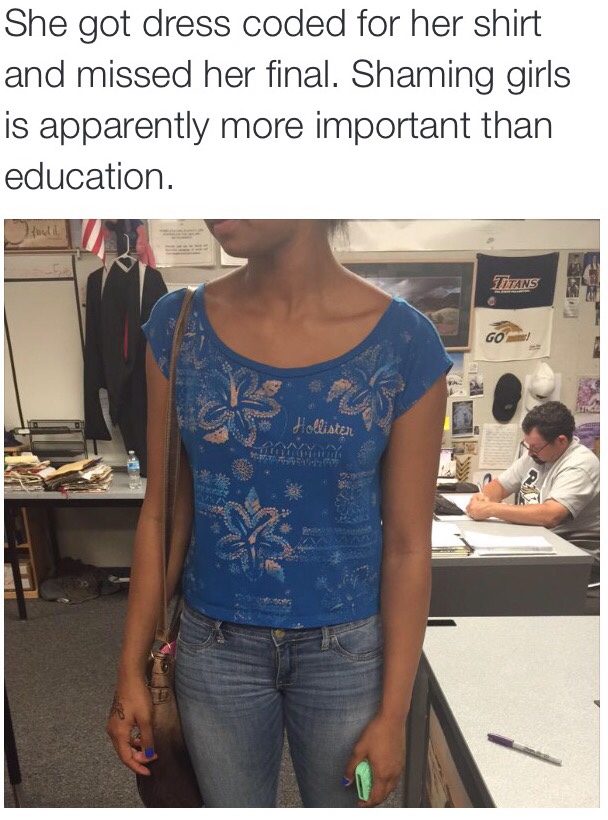 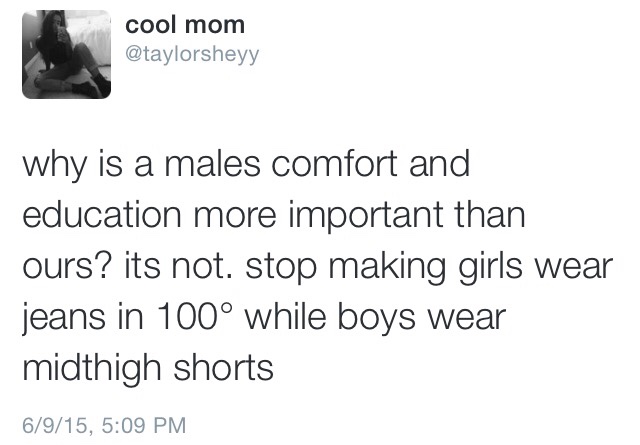 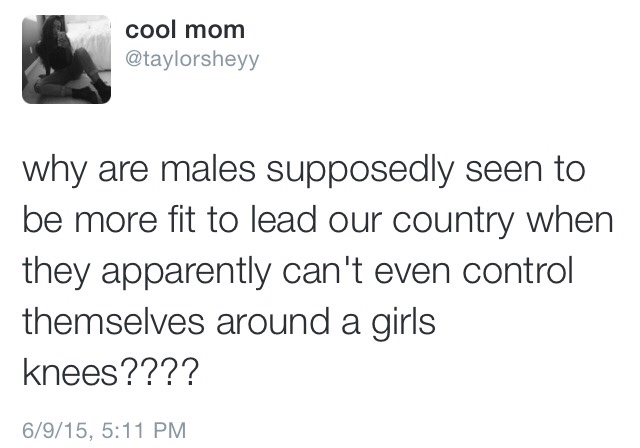 a minimum of 40-60 girls were dress coded at my school this morning, but not even ONE male was. a percentage of those girls weren’t able to have a change of clothes delivered to them by a parent and were forced to miss a number of final exams. no one at our school has ever been particularly fond of the dress code, however this is taking it too far. if you’ve successfully fought/know someone who successfully fought against dress code please help us by informing us on how to go about ridding our school of this sexist code. honestly, calling a student a skank???? NOT OKAY. we live in Southern California, and right now our weather averages about 100°F (roughly 38°C) and girls are expected to wear long pants. girls were FORCED to miss FINAL EXAMS just because what they were wearing was deemed “distracting”. a large portion of these girls proved they were not breaking dress code (no shorter than four inches above the knee) by measuring with a ruler, but were not released. please help spread this and let us know if there’s any way to fight this without causing us more trouble! “Surface acting is when front line service employees, the ones who interact directly with customers, have to appear cheerful and happy even when they’re not feeling it. This kind of faking is hard work—sociologists call it “emotional labor”—and research shows that it’s often experienced as stressful. It’s psychologically and even physically draining; it can lead to lowered motivation and engagement with work, and ultimately to job burnout.”

This is also true for customer service people.  So BE KIND. If kindness is too hard, at least don’t be an asshole.  If not being an asshole is too hard, use email so you don’t have to interact with anyone directly.

This explains why I always felt so fucking drained when I came home from Target, even when I’d had a pretty good day and not stood up for all that long. Huh.

This also impacts people with disabilities, be they physical or mental, and people who are “performing” for a crowd.  By the end of a four-day con, I am so emotionally exhausted that I walk in a ring of handlers, because otherwise improper poking could lead to endless tears.

…while I joke about it with me, it also takes a serious toll on medical staff.

Watch doctors and nurses who’ve just cared for someone dying. Then watch them smile, laugh and joke with the sick child, the scared terminally ill person, watch them burn up their soul to make sure other patients don’t feel their pain.

It’s bloody hard work, and sometimes you just want to curl up in a ball, but there’s always someone who needs help, and you pledged to give it.

It’s why I work at making even the most stressful shifts as non-awful as I can for the team I work with; because they’re sacrificing so much for the privilege of looking after people, and often people forget that as they demand professionalism and smiling staff.

The “I am a piece of shit and nobody will ever love me” factoid is actually a statistical error. You are actually are fantastic and infinitely worthy of people’s company.  That person you used to care about, who taught you to hate yourself by abandoning you, is an outlier and should not have been counted