Here's Pence getting booed as he gets to his seats at Hamilton pic.twitter.com/IRQG68x1sB

Today, Senator Aodhán Ó Ríordáin of the Labour Party stood up in the Seanad, the Senate and the house of Irish Leglislature in which the president of Ireland sits, and condemned Donald Trump as a fascist, and called out an Taoiseach, Enda Kenny, of his blatant flipflopping on his views of Trump. This is phenomenally brave and empowering as hell for those of us across the pond who are demonstrating a deep concern and anger for the results of the US Presidential Election. I urge you to watch this video, and to share it on Facebook from the original post here.

It is often argued that everything our ancestors did and said gets stored into our brains. Their experience and knowledge gets passed down from generation to generation. This may explain why we know or react to certain things without having any prior knowledge.

Kulning is an ancient herding call used in the Scandinavian region. The call is a high pitch tone that can reach long distances. The herding call sounds more like a haunting and sad melody meant to echo through mountains and alleys.

It was getting late and foggy on a magical night last month when Swedish artist Jonna Jinton wanted to try kulning. She wanted to find out if the animals would answer to the call their own ancestors heard when the women called them. Kulning might just be one of the most beautiful and enchanting sounds ever made.

Never in my life have I so badly wanted to be able to download the audio from a video.

@rivendellrose Idk if this is relevant to any particular project (though it damned well might be), but it is entirely relevant to Interests.

@gaslightgallows o_O I have no idea how this might be relevant, but I have a feeling I’ll find some way now. DAMN. 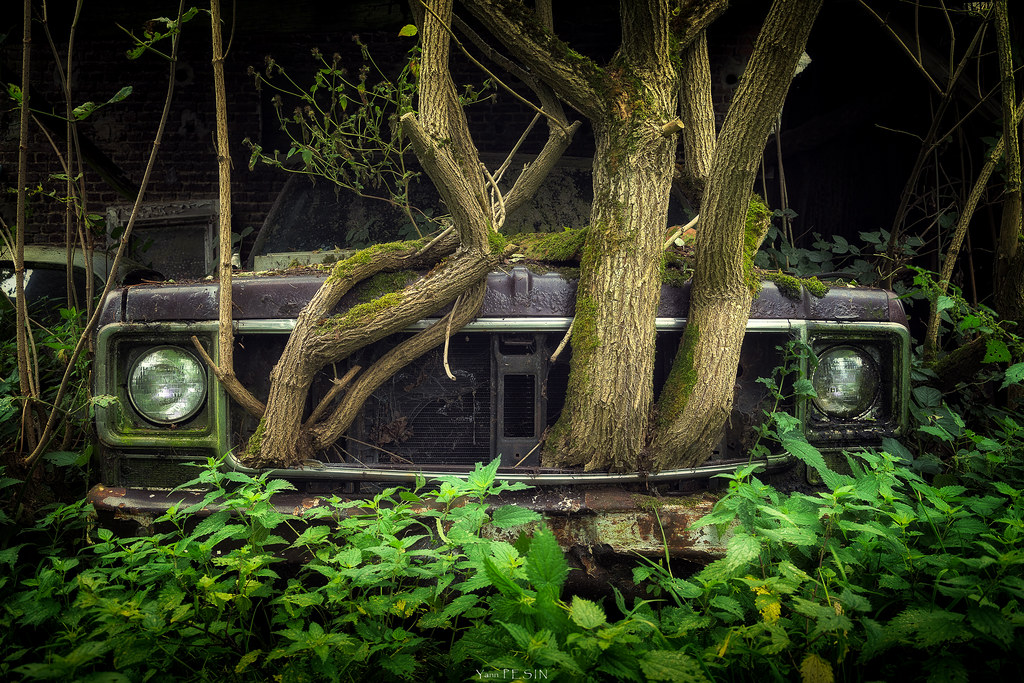 A tree growing out of a long abandoned truck (source)

I am completely, totally, utterly addicted to this song. I have no idea why.

Check out the color of this lake! The color is from finely ground sediment called glacial flour suspended in the water.

Yeah, however much yeast you use it’s really slow to rise.

I want you to watch this, and if you like it or were moved by it, to reblog it. It’s five minutes long. That’s a long time in internet terms, I know.

Please do it anyway. Click and watch. Trust me. It’s important.

Here’s the advertisement I was talking about that tumblr constantly auto plays on the dash.

If anyone watches this and goes “idk what’s wrong with it” then you really have a bad mental image of trans women, not to mention you think it’s a-ok for youtube to use naked trans women to sell a product.

This video promotes the idea that trans women are just men who like to play dress up.

And no, this is not about cis cross dressers or cis drag performers or anything like that, neither of them stare at their naked bodies longingly in the mirror as is depicted in the video.

This is nothing more than a cis persons fantasy about what trans women are like.

Also, compare the clothing choices of the supposed trans woman to the cis woman in the video (you know, the one Alex was chatting up after work just like any other Joe Shmo!)

You’ll find a disparaging difference, almost as if the designers of this ad don’t even care to know that most trans women dress just like cis women do.

Oh, and we NEVER dress in such flashy, attention-grabbing clothes in public, like what an utter fantasy. Trans women are often scared out of their mind to be noticed in public.

Please, reblog this if you want to and are able. If you’re not trans, you may reblog, but this is a time to listen and attempt to understand, and not the time to interrupt, derail, and speak over.

Otherwise, especially other trans women, feel free to add more to this as I am too tired to keep thinking about it.

This ad plays on my dash all the time as well, and it always really upsets me. I know the feeling of having to dress up as a boy, coming home and putting on clothes that I feel good in, and admiring myself in a mirror, longing for things to be different. I promise you Its not some cute trendy thing that has a totally rad super trendy soundtrack. For me it was a time of shitty emotions mixed with just a sprinkle of optimism, not some dance party for YouTube to make money off of.

Also (not a trans woman here so correct me if I’m wrong!) the taking off of the slinky robe and the pose the actor takes while gazing in the mirror is pretty clearly a visual homage to Buffalo Bill’s big reveal in The Silence of the Lambs, which has got to be one of the most transmisogynistic characters in film history (which is really saying something).

Holy fuck, it absolutely is an allusion to that scene, fuck youtube.